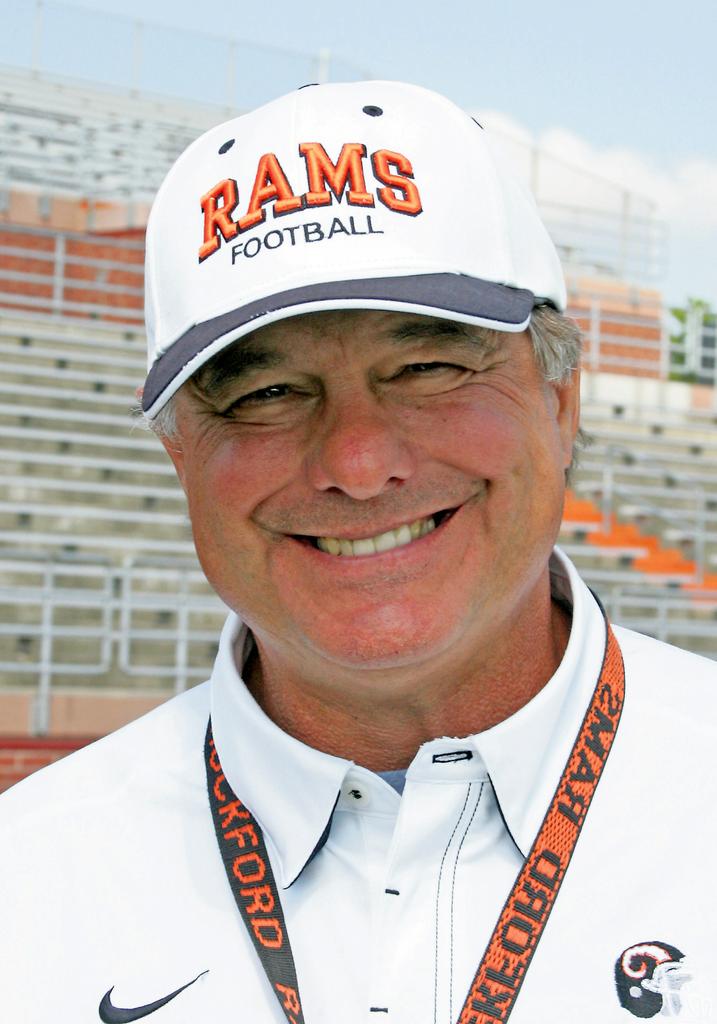 Rockford, MI – After 28 seasons at the helm of the Rockford Rams varsity football program, head coach Ralph Munger announced his retirement on December 13, 2019.

Coach Munger holds a total career record of 335-109, and led the Rams to three Division I state titles, 25 consecutive playoff years, and six undefeated regular seasons. Many players went on to play at the collegiate level, with four going on to play in the National Football League.

Superintendent Shibler, who hired Munger in 1992 to lead the football program after Harve DeGood’s retirement, stated, “Coach Munger has a knack for building and leading a solid and knowledgeable coaching staff.  He has positively impacted and helped to mold the lives of hundreds of student-athletes who were fortunate to play under him.  Coach Munger exemplifies Ram Pride and leaves an unprecedented legacy.”

Coach Munger has received too many accolades to name, not the least of which are several coach of the year awards and inductions into numerous halls of fame, including the Rockford Athletic Hall of Fame in 2002 and most recently the Saginaw County Sports Hall of Fame this fall. In addition to coaching football, Coach Munger taught for Rockford Public Schools from 1992-2010, coached JV softball, and assistant coached varsity softball.

In his retirement letter to Dr. Shibler, Munger noted that this season was his 40th season coaching in two communities, 28 of those in Rockford.  “It’s been an awesome, exciting, challenging and successful 28 year run…it is following much thought and reflection over the last three years I feel it best for myself to step out proudly and cheer on the efforts of Rockford’s next head coach.”

A press conference will be held on Friday, December 13 at 3:30 p.m. at the Rockford Freshman Center (4500 Kroes Street).

The Rockford Public Schools Superintendent of Schools interviews are available to watch live by following the link shown below.  Live stream will be available when the interviews begin.