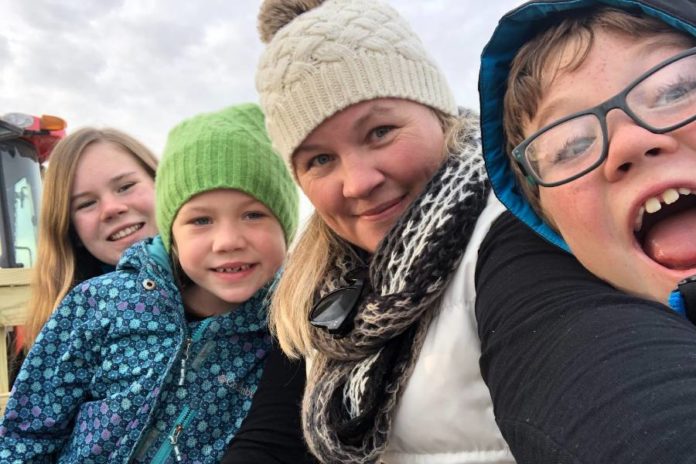 Big Shoes To Fill, But ‘Things Can Be Different, And It Can Be OK’

Big shoes to fill, but ‘things can be different, and it can be OK’

Less than a week into the job as interim superintendent for Rockford Public Schools, Korie Wilson-Crawford was already facing the pressure of a decision uniquely known to Michigan superintendents: making the snow-day call.

“Yeah, that was a little nerve-wracking,” Wilson-Crawford said of the Jan. 5 snow day — made all the more difficult by the fact that the blizzard didn’t arrive until mid-morning. “But I will say, the superintendents’ network in Kent County is like a good safety net. They have these text message and email groups and they’ve all been really welcoming and helpful, especially when making calls like that.”

As RPS continues its search for a new, permanent superintendent, Wilson-Crawford is ready for the challenge of leading a district unfamiliar with leadership changes. Former Superintendent Michael Shibler, who retired at the end of December, holds the title of Kent County’s longest-serving superintendent and led Rockford for more than 32 years.

“Dr. Shibler is such a figurehead, and has such a legacy, that it’s a little daunting to think about — those are really big shoes to fill and our school system has been really consistent over the last 32 years,” Wilson-Crawford said. “But it’s also pretty exciting, and kind of refreshing. I’m not Dr. Shibler, and I have different ideas and I will do some things differently than he did.”

In her interim role, Wilson-Crawford’s top priority is providing stability for Rockford students, staff and parents who may feel uneasy about the leadership transition. Along with assistant superintendents Mike Ramm and Mike Cuneo, she plans to continue the work of ongoing initiatives including curriculum auditing; diversity, equity and inclusion measures; and professional learning communities.

Her other priority for the remainder of the school year is a little less defined: “I want people in our system to see that leaders can look different.”

“Not every leader looks like Dr. Shibler, and that’s OK. In a system where we’ve had a great leader for such a long time, we do need a little bit of thinking about the idea that things can be different, and it can be OK,” she said. “If I can provide the opportunity for some possibility-thinking around what this place might look like, or what innovation can look like going forward, I’d like to be able to do that.”

Although she’s taking over during a tumultuous time in education, Wilson-Crawford said she wants parents to know that she understands RPS’ important role in the community, the trust and relationships the district has built and the privilege she has to serve in this capacity.

“One of the fundamental tenets of my leadership has always been, ‘If it wouldn’t be good enough for my own child, it’s not good enough for your child, either,’” she said. “And if it’s not good enough, I’m going to work hard to fix it. I would always want our community to know that not just me, but our entire leadership team, has that sense of collective responsibility for every kid in our system. We need to get it right.”

Other positions you have held in education: Wilson-Crawford spent 17 years at Greenville Public Schools in roles including special education teacher, director of human resources and chief operations officer. She came to Rockford four years ago and served as the assistant superintendent for human resources until this month.

What about jobs outside education? Wilson-Crawford’s roster of various part-time jobs while in high school and college includes retail associate at American Eagle, restaurant server, ice-cream scooper, lifeguard and deli worker in a grocery store.

Family life: It’s clear that Wilson-Crawford relishes her role as mom above all else. “I’m fully living that mom-of-three life when school is dismissed,” she said. “I spend a lot of time in my car after work, carting them from place to place.”

Oldest daughter, Kendall, is 14 and plays travel soccer. Son, Tyson, 12, is a baseball and basketball player and member of a Chinese yo-yo club. And youngest daughter, Lennox, 9, enjoys theater and is part of a horse vaulting team.

What’s horse vaulting, you may ask? “It’s basically like gymnastics on the back of a horse,” Wilson-Crawford explained. “It’s a very interesting sport. I’m excited for (Lennox) because she absolutely loves it, and one of two things is going to happen: she’s either going to go to the Olympics or become a circus performer. I don’t really know which, but either’s OK!”

‘I want people in our system to see that leaders can look different.’

Hobbies/interests/unique talents: Wilson-Crawford loves to travel and experience new cultures, and has a goal of taking her children to all 50 states by the time they graduate high school. She also enjoys going to concerts: “I’ve never met a concert that I haven’t loved – all genres, all of it.”

Plus, she’s a secret homesteader: “I love growing organic vegetables and I love making my own jam and I love sewing. Like, I can sew a mean quilt. I have some chickens that I care for so I can get my own eggs. I also make my own ChapStick and my own soap. … I just like those old-time, more relaxing tasks or things that come with a yield that is for you personally.”

What kind of kid were you in grade school? “I was the kid that really didn’t want to draw attention to myself. I wanted to slip under the radar. I didn’t want to make a mistake and certainly didn’t want to have somebody call out that mistake. And I think I was a little bit pensive. … As I aged, I realized that some attention can be a positive thing, but as a young person I wasn’t there yet.”

What’s the biggest lesson you have learned from students? “It has to be perseverance. I was a special ed teacher, and the students I worked with had to overcome a lot of things just to make it to school and be successful. It was very inspiring to me to see those kids persevering through very difficult personal circumstances: the marginalization in our society, difficult family situations and difficult (class) subjects when you have a learning disability. … Many adults don’t have the opportunity to see other people struggling and persevering in that way, and it is an honor to be part of it.”

If you could go back in time, which grade would you return to? “In retrospect, I wish I had taken more risks in middle school and put myself out there a little more. If I were able to have a do-over, I think it would be middle school.”

If you walked into your office to theme music that suits your personality, which song would you choose? “I am a super-big Bruno Mars fan — like, I love, love, love Bruno Mars, so I might pick ‘24K Magic.’ It’s a fun and uplifting song and makes you feel like you can do anything. You know, who doesn’t need a little bit of positivity walking into these kinds of jobs?”